The Prototypes have announced their debut ‘Odyssey Mini Tour 2016’ in association with D&BTV. They’ll be performing with some of the most iconic, talented and original artists the scene has produced from the beginning, to the very present day… featuring Ayah Marar + Demolition Man UK + General Levy + MC Skibadee + Eksman + IC3 + Brookes Brothers + Joe Ford.

Chris Garvey; one half of the Prototypes, is a graduate from the BA hons Music Production degree at here Northbrook. 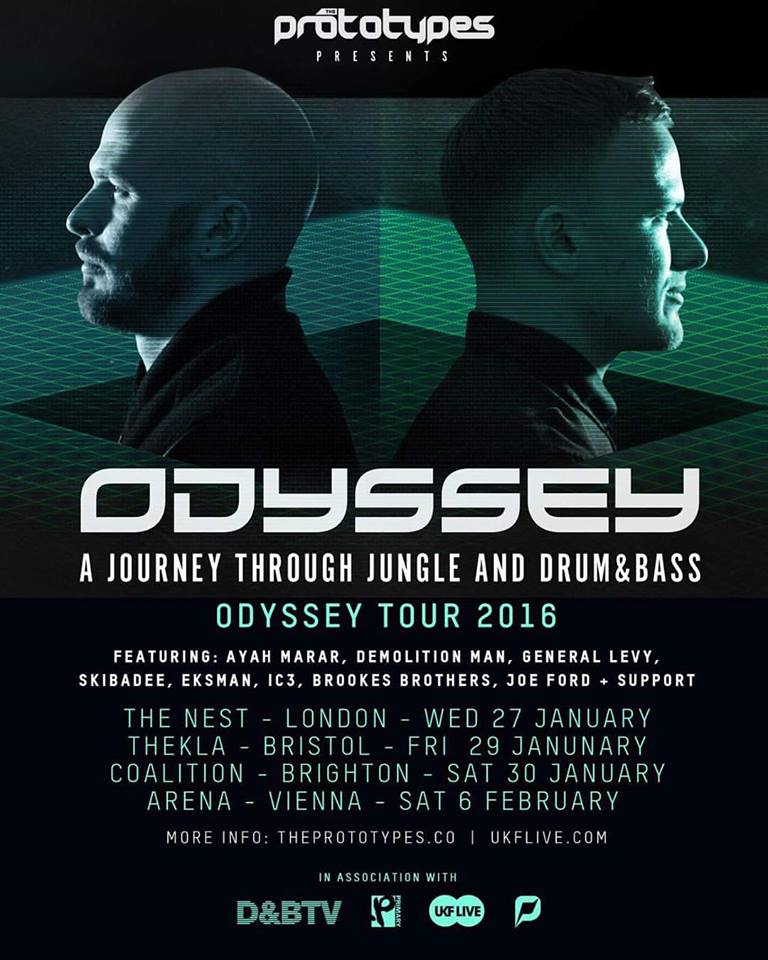